6 Useful Ways To Get A Saddle In Minecraft [Updated 2021]

By Admin
100
Share
You want a saddle but don’t know how to get it.
Now, what can you do to get a saddle? The first and one of the important things about the saddle is that it cannot be crafted.
You cannot craft a saddle but you can get it easily by just following some of the community approved ways. Then, I can promise that you will be able to get a saddle and maybe more too.
Now, let’s discuss the main topic which is how to find a saddle in Minecraft in which you will learn about six ways to find a saddle in Minecraft’s survival.

What is a Saddle?

Nether Fortress is a structure found inside the nether. It’s an awesome place to gather resources and oftentimes you can even get a saddle inside the chests there. But the question is, how you are going to find a nether Fortress?

How To Find Nether Fortresses?

Fortresses tend to cluster together in strips that run along the Z-axis (north and south).
If you travel along the X-axis (east or west), then you will have the best chances of finding one; those who travel north or south may travel for hundreds or thousands of blocks before discovering a fortress.
Nether Fortress is a structure found inside the nether. It’s an awesome place for gathering resources and there’s a decent chance you’re find a saddle inside one of the chests there.
Here’re some tips that can help you find a fortress:
Also, nether fortresses are quite risky because you will find some dangerous mobs out there; mainly blaze and wither skeletons.
Take care of yourself, and after doing a little exploration in the nether fortresses, you’ll find some chests and that is where you can get the saddle.
The command that can be used to find fortress is:

It can be used by just going into the nether and then opening your command/debug menu { PC= F3, Mac= Fn+F3 }.
Tip: Be sure to read the article about lodestone to learn about locations more.
Tip 2: If it is hard to travel through the surface in nether, then you can follow the method described above. There was a time where I just located the fortress with a command but then I was struggling to find it. Then, I traveled in the nether inside the ground at (y:9) to reach the fortress and at last, I got there.

The next way by which you can get a saddle for yourself in Minecraft is to find a Dungeon.

What is a Dungeon?

A dungeon is a place where you have some chests and a few mobs. There is a good chance that you can get the saddle in the chests there as a treasure.
Also, there is no direct way to find a dungeon. Read our ultimate guide to find dungeons in seconds to learn more.

After you have got to a dungeon, you have to place torches near the mob spawners to stop mobs from spawning and then you may look for a saddle in the chests there.

Now, you may be thinking that for both of the aforementioned methods the chances of getting a saddle are very low. But, what if I tell you that there is a way to get a saddle for sure — it’s guaranteed.
Sounds good…doesn’t it?
Whenever you face a pillager raid, there is an opportunity for you to get a saddle. At the time of the raid, the pillagers come on ravagers and if you defeat them and kill the ravagers then after dying the ravagers will drop a saddle.

How to get a raid in Minecraft?

You just need to kill the boss of the Pillagers and for that, you have to find them.

If you want to find them then you have to discover the Pillagers Outpost which is found easily near the villages. After killing the pillager boss, you will have a status effect called bad omen.
After having this effect, you have to visit a village and  this way that effect will be converted to a raid. To remove that effect you just have to drink a bucket filled with milk that can easily be collected from a cow.
Note:- Defeating a ravanger is not an easy task because they have a powerful attack and also a lot of dangerous mobs come in this raid (vindicator, pillagers, witch, evoker, etc…)
Tip: A Ravanger can be killed in a water body easily because their speed slows down in the water. 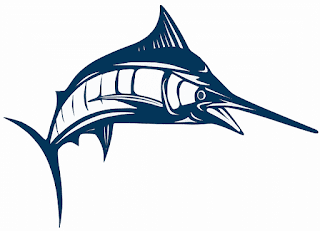 Fishing is the easiest but most time-consuming way to get a saddle and other resources. For this method, you just need a fishing raid and a few minutes of patience.
When you go fishing you can surely get a saddle, but if you will be fishing with a normal fishing rod than it can be a little hard for you to get one.
You can find it easily using an enchanted fishing rod that is the luck of the sea enchanted fishing rod. But, with a normal fishing rod it’s still not impossible — just harder.
Have some patience using this method, as it may take long, but you can find it for sure with enough effort.
Tip: The only tip I can give to you is to try as many times as you can.

Saddles are most common in temples, and there are basically two types of temples [Desert Temple, Jungle Temple]. Desert temples are the most common type, and jungle temples are kind of rare.
Desert temple:
It is a temple of sand, sandstone, and terracotta. They are found in the desert biome. It’s worth noting that desert temples carry TNT traps so be careful. These jungles usually carry four chests which you can explore to find a saddle.
Jungle temple:

It is a temple of cobblestone, stone, and vines. They are found in the forest biome, and jungle temples carry arrow traps, secret doors, piston traps and contain two treasure chests. In these chests, you have a chance to get the saddle.

Tip: If you want to find a temple in Minecraft then you can simply use /locate temple command.

A lot of times I have found saddles inside the chests of the Villager’s in the village and I think that there is also a decent chance to get a saddle this way.
It’s not a super effective method or sure-fire way to get a saddle, but if you have a village nearby, you can give it a shot.
All in all, we hope this article helped show you how to get a saddle in Minecraft, through the six methods mentioned above.
Did you get saddle for yourself? Let me know in the comments!
100
Share