How To Stop Pillagers From Spawning [Step-By-Step Instructions]

By Admin
171
Share
A pillager in Minecraft spawns generally in raids, patrols, and pillager outpost.
As they are hostile mobs, they keep attacking the players and other friendly creatures. 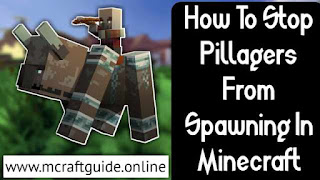 Many of the time, they spawn near my base if it is near to a pillager outpost and sometimes I face them while a raid or a patrol.
A lot of players count them as useless mobs but still they are used for a variety of farms.
But seriously they are annoying 😒
So, today in this article I’m going to tell you how to stop pillager from spawning near your house including how to stop pillager from doing raid.
Pillager mainly spawn by three ways — in pillager outpost, raids, patrols.
If pillagers spawn near your house/base then you need to make sure your house isn’t near a pillager outpost. In that case, you should move somewhere else or just break the Illager Banner pasted on the outpost and to avoid raids which causes because of the Bad Omen effect, you need to drink milk from a bucket.

How To Stop Pillager From Spawning Near My House ?

As I told you that there are three ways through which pillager spawn in a Minecraft world.
There is a common thing that happens to almost every player and that is patrols. A lot of players see pillagers near of their house/base and it is because there is a thing called patrols happens sometime.
A pillager patrol is a rare thing that happens occasionally in which 2-5 pillagers spawn near a player including a patrol caption having ominous banner.
And if you are going to defeat this patrol, you will get an effect of bad omen that will cause raid.
On the other hand, it may be possible that your house is near to a pillager outpost and that’s why it has pillager spawning.
So, if any of these things are happening to you then how will you stop it.
It’s simple — let’s see
This problem is not too big, if the pillagers are spawning near your house because of a patrol then the possible reason will be that your house is near to a village or a pillager outpost.
In most of the cases, the player has a base near the villages or an outpost. And if you have the same case then you just need to move your house somewhere else.
Or you can even follow these little tricks.

Light Up The Area

It is always recommended to light up the area where you spend the most of your time.
And it is not just recommended from the view to stop pillagers from spawning but also because they will help you see perfectly in the nighttime and will stop the hostile mobs to spawn.
I would recommend doing this small thing. You can use any of thing — torch, glow stone, Lantern, Red stone lamps, etc.

This particular thing is really actionable because this trick has actually worked for a lot of players even in the hard mode. 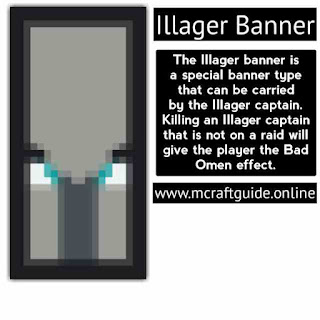 As you already know that there is a lot of mobs that can harm your resources and even you. So, it is always better to make a fence wall around your base or if you live inside a village then there also you can use blocks to make a fence to stop pillagers or other mobs.
I would not recommend you to make a wooden wall because they are not strong and can be broken by some mobs. So, in place of using wooden fences use solid blocks.

There are some blocks in Minecraft that are temporary and don’t let most of the mobs to spawn.
Some of them are — leafs, slabs etc.
A bad thing about this feature is that it won’t let any type of mob to spawn including passive. But if your base is in the mesa biome, desert biome, snowy biome, etc then you can easily replace blocks near your base from temporary blocks.

A lot of time pillagers spawn because your base is near a pillager outpost. 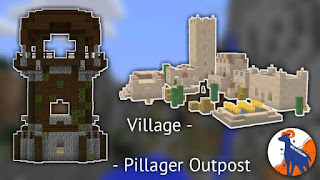 I remember the time, I was in one of my world and my house was near a pillager outpost and the pillagers keep spawning there.
It caused a lot of damaged to me and I even got a raid. I defeated the raid but it was a little hard.
And if you are facing the same problem then you have to change your base location or can follow the above tips to slow down the pillager spawning process.

How To Stop Pillagers From Raiding

As, you already know that what are raids. A raid is an event that occurs in Minecraft when a player enters a village with the bad omen effect in which mainly illagers come and attack a village.

Why Raids Occur In Minecraft ?

Basically, the raids happen because when a player kills a pillager boss and then enters a village with the bad omen effect that player gets after killing the pillager head.

How To Stop Pillagers ?

If the problem is that bad omen feature then you just need to fix that and you’ll be alright.
But here can be two situations. In the first case, you already have the raid and in the second case you are about to get means you don’t have it yet.
So, if you are going through such a situation where you already have the raid then in that case you need to defeat the mobs to remove the raid.
I know it feels hard but after having the raid you can’t undo it but you can win this raid by following some of my ways.
Here’re the ways to win the pillagers raid –
But if you are about to get a raid and don’t have it yet then you have to just drink cows milk with a bucket to remove the bad omen effect.
Make a bucket by placing three iron Ingots in the Crafting Table. 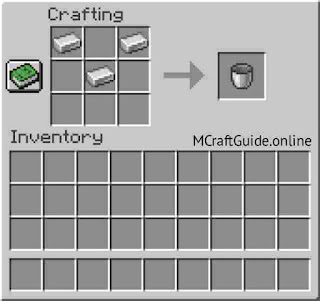 Go near a cow and then use these following methods to collect the milk (make sure you have bucket in your hand) :
After you have collected the milk just drink the milk from the bucket to remove the bad omen feature.
And it’s done.
These are all the ways that you can use to decrease pillagers spawning in your Minecraft world.
I hope you will apply these methods to make your gaming experience better.
Let’s do a quick summary of the article.
In this article I have discussed 3 of the ways by which pillagers spawn in Minecraft, How to stop pillagers spawning, and some methods to stop pillagers from doing raids.
Hope you understood the article, if you have any questions then let me know in the comment section.
171
Share