How To Make Netherite Armor

By Admin
79
Share
I love netherite and I think you also.
But as you already know that netherite is the hardest armor to get in Minecraft.
So, in this article, I’m going to tell you how to make a full netherite armor and find netherite in the nether. 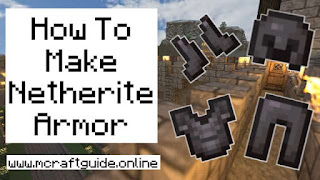 A netherite armor is a new type of armor which had came in the nether update.

It is the strongest armor in minecraft. It is more powerful than diamond because it has a lot of powerful abilities and features which will discuss further in the article.

Let’s first know how to craft a netherite armor.

The first step is to make a diamond armor because netherite is just a hard covering over the diamond.

You can do the same with the tools also but for this time here are the recipes of making each part of diamond armor.

Also Read: How To Get 96+ Diamonds In A Hour [Minecraft]

This will help you gather some diamonds to make netherite armor. 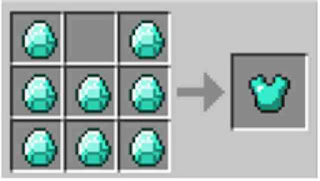 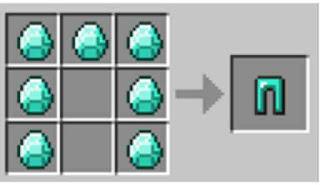 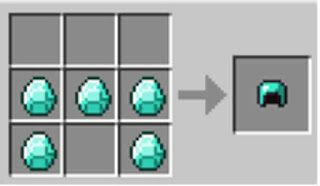 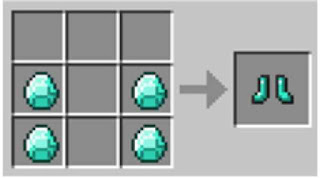 Now after making the diamond armor, you have to convert it to netherite and this can easily be done with a smithing table which is really easy to craft and use.

Let’s talk in detail about it.

Also I just wanna ask that do you want netherite.

If Yes then I will highly recommend you to read this post:
Also Read: How To Get Netherite & Ancient Debris [Minecraft]

Where I have discussed about some awesome tips to mine a lot of netherite.

How To Make Smithing Table In Minecraft ?

Things That You Need:

When you will doing mining. You will find iron ore mine it from any pickaxe. Burn it in furnace or blast furnace to get iron ingot. 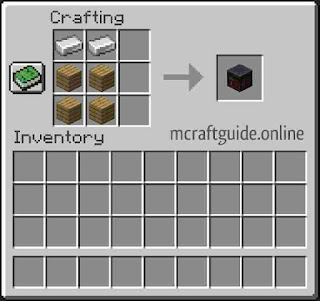 How To Make Netherite Armor 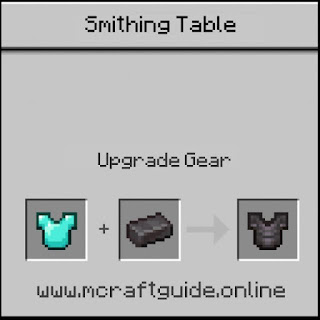 Note: Smithing Table is the only way through which you can craft netherite armor.

Tip: Don’t forget to read the benefits of netherite armor also by which you can learn more about them.

Netherite armor have a special ability that is knockback resistance.

The simple meaning of knockback is that whenever someone hits you then you may have observed that you get pushed backward and this is the thing which we call knockback.

Netherite Armor has knockback resistance which means if someone hits you, then there is just 1% chance of getting any effect of that.

It is clear from the title that the Armor has lava protection and it is really a awesome ability because we all know that near to everything burns in lava but with netherite armor, you will never face that bad moment.

It means that you can have your Armor again even after dying.

Note: Nothing made up of netherite burns in lava.

Now the diamond is not the strongest armor.

The strongest armor is netherite armor which means it has more durability and more protection capabilities than diamond which leads a player to a lot of profits.

The dispwan rate of netherite is also very nice because it takes compatibility more time to despwan.

It doesn’t matter where you die but your netherite armor will be always safe.

Let’s craft a netherite armor for you also. Keep in mind that netherite can also be used ot craft a Netherite Axe as detailed here!

If you face any difficulties in making your armor them please let me know in the comments.