Smite vs Sharpness In Minecraft: Which One To Use?

By Admin
296
Share
As you already know that you cannot use Smite and Sharpness on a single blade. That’s why it is really important to decide whether you should use Sharpness or Smite. So, In this article, I’m going to do a detailed comparison of Smite vs Sharpness in Minecraft and at the end I will let you know about the enchantment you should use.
Let’s do this! 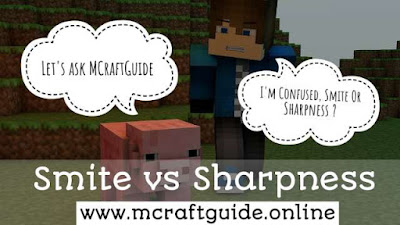 According to Minecraft official, Smite and Sharpness can not be done on a same weapon without commands. Smite is rarer than Sharpness and cause greater damage to undead mobs. On the other hand, Sharpness is easy collectable and cause common damage to every mob but the attack damage is lesser than a smite weapon. So, for basic use Sharpness is good and for fighting wither and other undead creatures, Smite is better.
Introducing: The Two Competitors
In the blue corner, we have Smite.
Smite in Minecraft is an enchantment for swords and axes that deals huge damage to undead creatures in Minecraft.
Hostile creatures affected by smite:
In the red corner, we have Sharpness.
Sharpness is also a Minecraft Enchantment but it causes damage to every mob. It doesn’t matter whether it is an undead mob or not.
Sharpness is more common than smite and work great if you are using an axe with this enchantment.
Smite and sharpness both are useful enchantments for Swords and Axes as they increase your damage caused to the entity.
They both have five levels and with increase in each level, you have increase in damage.
Here’s how smite level affects weapon attack damage in both Java and Bedrock:
Here’s how sharpness affects weapon attack damage:
Bedrock:
Java:
From the above list it is clear that smite is more powerful than Sharpness but there is a thing that you should never forget is that you only use Smite on the undead Creatures.
It means it will take you just 2 attacks to kill a zombie with a smite sword and 3 attacks with a Sharpness sword. It doesn’t make a huge difference but at the time whenever you are fighting with wither or playing hard mode, it’s a great opportunity to look for.
I would say it depends,
If you are a hardcore player or play hard mode then you should probably go with a Smite Sword or Axe but on the normal mode or as a newbie you should always prefer Sharpness as it causes damage to every single mob.

Which is Better: Smite or Sharpness to fight wither ? 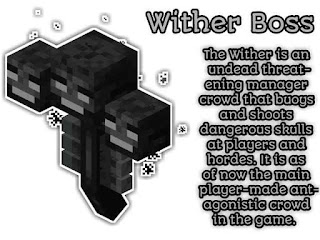 Now, this particular segment will help you a lot to decide whether you should go with Smite or Sharpness. As we all know that Wither is one of the strongest being in Minecraft with insane Capabilities. So, if you are willing to kill wither, it will be a lot hard.
I remember the time when I was in one of my Worlds. That day I decided to fight with Wither because I want to make a beacon but seriously Wither defeated me so badly and I just lost my world.
And you know why I lost? It was because I was using a Sharpness II Sword — Sounds funny, but it really isn’t.
I know many of you can even defeat him using a wooden sword but that time I was newbie and don’t know a lot about Minecraft enchantments.
So, I will definitely recommend to use Smite weapons as they cause insane damage to undead creatures like wither.
Conclusion:
Now it’s time for me to tell you the result that who is the winner.
It’s a tie, let’s see how.
Smite have more damage but works on just undead creatures which is its disadvantage. On the other side, Sharpness is less effective but cause damage to every mob.
My Opinion: You should use Sharpness only if you are playing Minecraft in Normal mode or Easy as it is easily available and works on all the mobs and can protect from dangerous mobs too — creepers, enderman, etc.
Smite can only be useful if you are playing on Hard Mode because most of the creatures on hard mode are undead which means in this case Smite will be much effective than Sharpness.
Also, if you already have a Sharpness blade, then it is always better to have a smite blade.
We hope this article gave you more insights on Smite vs Sharpness in Minecraft through a variety of different lens.
Tip: Smite Axe works great on Wither.
FAQ [Frequently Asked Questions]

Can sharpness go with smite?

No, As Smite and Sharpness both are mutually exclusive enchantments, you cannot use sharpness and smite on a common weapon without using any command in Minecraft Vanilla.

Is smite worth it Minecraft?

Yes, Smite is the most worthy enchantment that you can put on your weapon and works great on undead creatures — wither, skeleton, etc. But for general uses it will not work great.

Does smite do more damage to wither?

Yes, Wither is an undead creature and smite affects most to them. Smite V on an axe or sword can work great if you want to battle against Wither.

Sadly, the answer is no and it is only because Smite weapon only works on undead creatures, such as — skeletons, wither skeletons, zombies, zombie pigmen, drowned and the Wither boss.
And with this last question, the article is completed.
If you have any questions, let me know in the comment section. We hope you got more insights about Smite vs Sharpness in Minecraft. What’s your favorite, Smite or Sharpness?
296
Share