Wither vs Ender Dragon: Who Is The Strongest?

By Admin
101
Share
Wither and Ender Dragon both are the strongest beings in Minecraft with insane powers and potential.
And without defeating them you will never be able to enjoy all the stuffs and features of Minecraft.
But there is a big question that who is more powerful and does more damage. So, in this article, I’m going to a detailed comparison of Wither vs Ender Dragon and at the end I will let you know about the strongest boss in Minecraft. For more comparisons, read here to find out more about Wither vs. Obsidian!
Let’s do this! 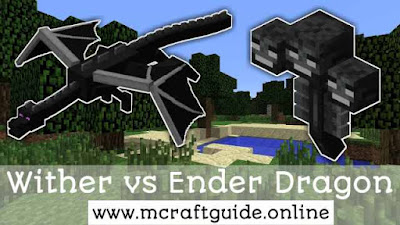 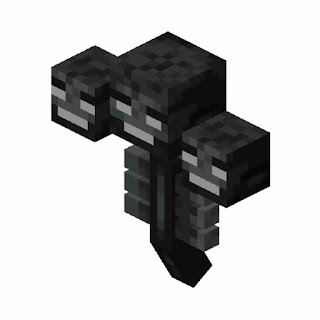 Wither also known as Wither Boss is an undead creature that floats in the air and shoot explosive skulls at players and mobs.

It has different attack damage in both java and bedrock. In Java, it has 150 hearts and in bedrock, it has 300 hearts that is two times more than java.
It can be crafted/spawned by the players or using red stone mechanisms with 4 soul sand/soul soil and 3 wither skulls.
Wither after being killed do a destructive explosion and drops nether star and 50 XP level.
Here’s how wither deal damages:
In the red corner, we have Ender Dragon. 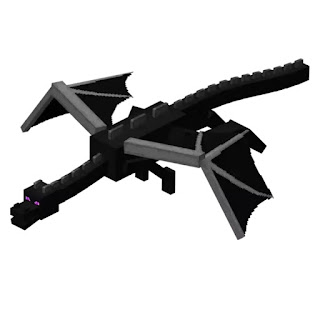 Ender Dragon also known as the head of endermens is a flying mob that is a boss mob found in the end dimension.
It has 100 hearts and is the final boss that a player has to fight and after it does that player win the game according to Minecraft story.
It takes damage only by explosion or any player — Ender Dragons don’t suffocate.
Here’s how ender dragon deal damages:
Wings:
Ender Acid Breath:
Dragon Fireball:
As you can see here that both of them are powerful enough to destroy your worlds but still it is not decided that who is the winner.
As we all know that an Ender Dragon is found in the end dimension where it has the healing pillars.
Whenever a player wants to kill the ender dragon then firstly he/she focuses on destroying the healing pillars.
Because without destroying them it is literally impossible to defeat the ender dragon. And this common thing is applied to the wither.

When I did this experiment to find who will win, I spawned about 6 withers, and they were attacking the ender dragon, but they got defeated by the ender dragon and it is because ender dragon does not take damage from status effects and/or mob attacks.
It means no one can defeat ender dragon except the players.
So from this experiment it is concluded that if a fight happens between wither and ender dragon then ender dragon will be the winner.
But this doesn’t mean that the ender dragon is the strongest because I have just said that wither can’t defeat ender dragon sadly.
When it comes to attack damage and destruction, wither is the superior creature alive.
If someday you have spawned the wither then you probably know how hard it is to defeat him. On the other hand, ender dragon are not that hard to defeat because the most power they get are from those end crystal pillars and if you became able to break that, then for sure it is going to be an easy task for you.
Wither is more dangerous in Minecraft Bedrock as it has two times more health on bedrock than java or any other platform.
So it is concluded that the wither boss is currently the strongest boss in Minecraft but can’t defeat ender dragon sadly.
FAQ [Frequently Asked Questions]

Is the Wither stronger than the Ender Dragon?

Is the Ender Dragon a girl?

Yes, ender dragon is female as she drops eggs after when dies.

Is the Wither a boy or a girl ?

Can I spawn wither on peaceful mode?

No, a player cannot spawn wither in peaceful mode. It can only be spawned on — easy, normal, hard, and above difficulties.
Summary:
In this article, I have discussed the two powerful bosses of Minecraft — wither boss and ender dragon. And did an amazing breakdown that who is more powerful can wither defeat ender dragon or not and at last discussed some questions regarding the topic.
I hope you got my points, if you have any questions left then let me know in the comment section.
101
Share